Family owned and operated M & R Underground LLC works with cutting edge technology from GSSI and Rigid to meet your locating needs with accuracy, integrity, and confidence. Started Nov 1st 2020 we handle every client with the care and personal touch to make you feel like family.

With over 60 yrs of combined experience in the construction industry each of our backgrounds bring vital knowledge to the company. Read our past experience and learn how we apply it into the locating industry. 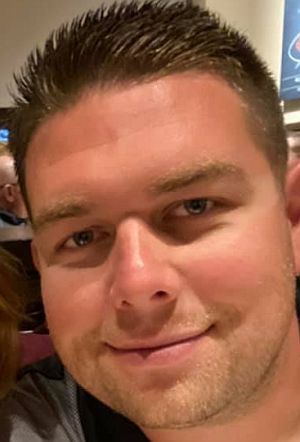 President and Locator 30 years old- Born and raised in Jacksonville Florida, Son of the owner of Lin’s Electric (Jennifer & Lin Rhoden), Aaron attended and graduated from Eagles View Academy in 2009. Once leaving high school, Aaron’s dream was to be a police officer, but things steered him in a different direction. Aaron started with small jobs from working at a feed store to repossessing vehicles. Not being happy with his current career path, he fell into the path of his mother’s footsteps with working in the construction industry. He started as a construction material testing technician in 2013 where his role was to test asphalt, concrete, and material under roadway and for drainage pipe. He then decided to advance his career and became a construction engineer inspector for Hill International in 2017. Aaron was promoted to a Senior inspector in the early year of 2020 and came to collect over 10 different certifications for his role in the construction industry career. Aaron has worked on private projects as well as projects that are contracted through the Florida Department of Transportation. In the summer of 2021, Aaron was offered a lead position for M&R Underground locating and decided to go part time with Hill International and work with M&R Underground full time. NULCA (National Utility Locating Contractors Association) certified, he is excited about this new chapter and hopes to continue his education in the fascinating world of underground locating and the equipment used.

Send us a Message

Any curiosity about our equipment, process, or pricing will be promptly answered by one of our team members by sending an email below.